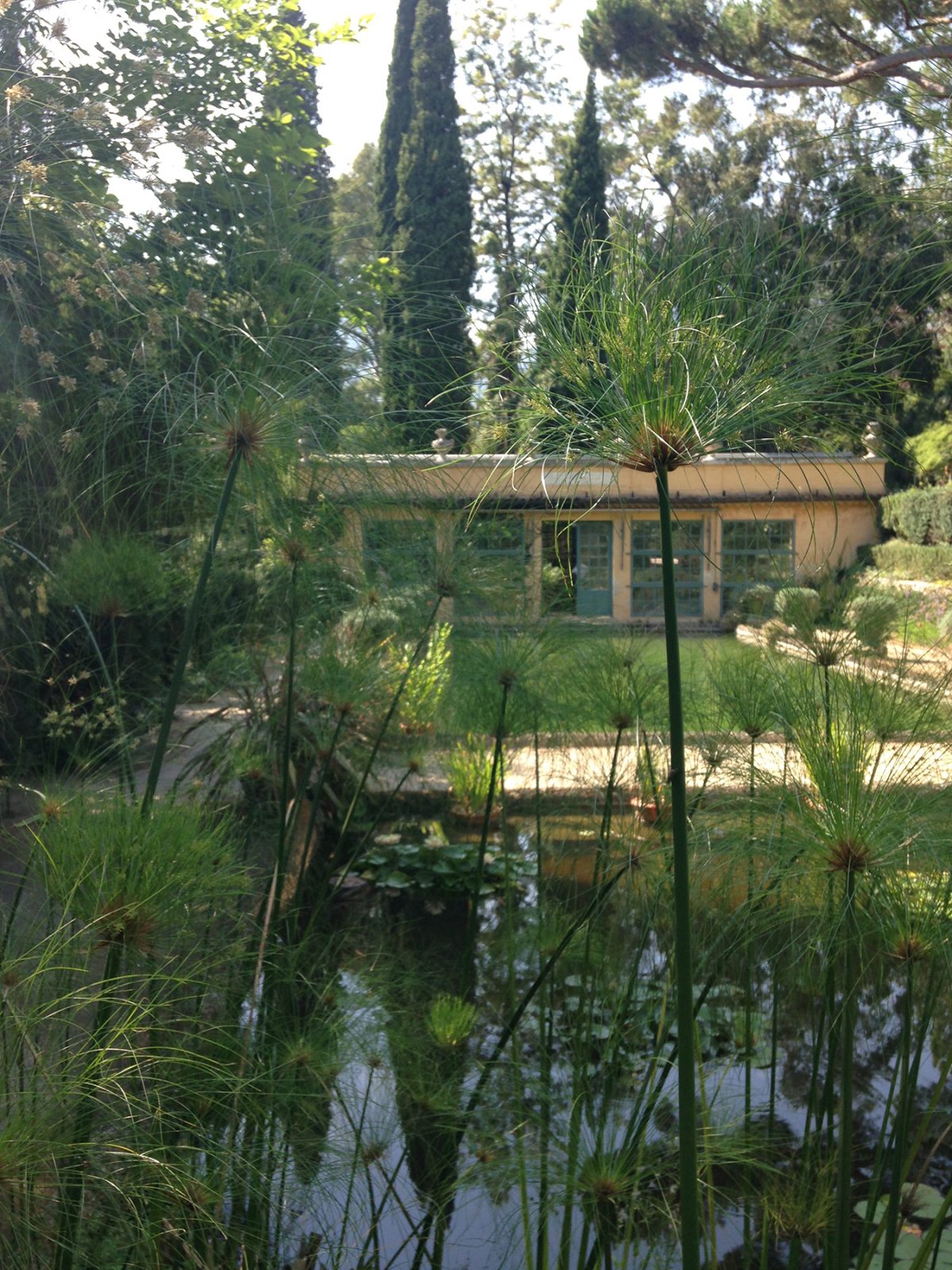 La Serre de la Madone is the garden made in the South of France by Lawrence Johnson of Hidcote fame. I knew of the existence of this garden many years ago and first visited when it was under restoration and little known, but I was happy to go and see it again.

The setting is superb, a deep valley on the outskirts of Menton with a picturesque mountain backdrop. On its terraces there are still vestiges of the planting that must have been there when Johnson bought the farmhouse and adjoining land in 1924. Ancient Carob and Olive trees grow amongst the exotics he brought to make his garden in the benign climate of Menton.

As with Hidcote, the garden has a theatrical air, the grand formal pools centre on the double staircase that leads up to the house. At each terrace level, paths branch off on either side, and the borders are filled with botanical rarities from all parts of the world.

The garden is now managed by the Conservatoire du Littoral and has many visitors, but still holds much of its original charm. The only element that I felt was sorely missing is that the original water channels that irrigated the garden are no longer working and sadly many of the little fountains and pools are dry. I hope they will reinstate these, they are such an essential part of the garden.

From the house there are wonderful views, down over the garden and beyond to the mountains. To one side there is an enclosed Moorish patio with an aviary and a pond of exotic waterlilies. A grand flight of steps leads up out of this garden into the forest beyond and it is tempting to wonder whether Johnson made an informal part of the garden here, as he had done at Hidcote – but if he did, it is now closed off to the public.