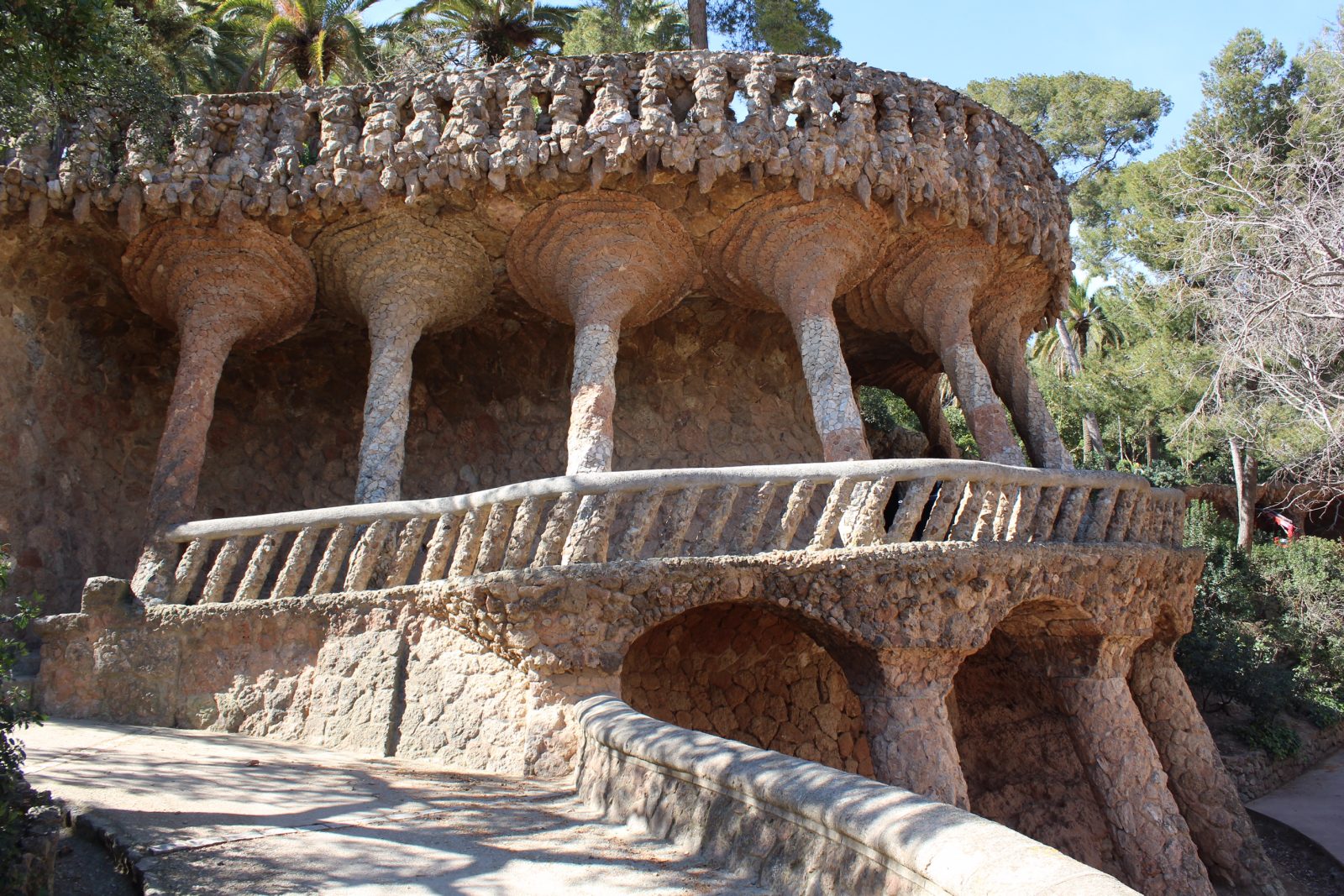 I’ve been to Barcelona many times.

Each time I see another Gaudi building and each time I go back to Guell Park.

This was never intended to be a garden per se but the landscaped setting for a development of luxury houses, inspired by the English Garden City movement. The plan was conceived and funded by Eusebi Guell, but the architect was Antonio Gaudi.

They developed a lifelong friendship that went beyond client and architect. But this seems to have been true of many of Gaudi’s work associates.

Eventually the whole area was given to the City of Barcelona as a public park.

The park is now divided into two zones, the outer area is free access and the other, more central area, now called the Monumental Zone, is by timed ticket. On a bright day in January there was hardly any queue but at the height of summer this must be a long line.  In the half hour wait before my entry was allowed I went to see ‘Gaudi’s house’, built as a show home for the project. The rooms are surprising small but everything is beautifully proportioned and has wonderful views out over the city to the sea beyond. Gaudi lived here, in almost monastic simplicity, from 1906 until 1925 The house was in fact the work of Francesc Berenguer, who also became a close friend.

What I’m really interested in is the way that Gaudi worked. In his relationship with the craftsmen who worked with him. Yes, I’m sure they worked with him not for him.

How could he make the places he did, in the manner he did, without being almost continually on site or in the workshop ? There are so many aspects of his work that would not transmit – however detailed the drawings.

As a garden designer, involved in the making of places, this is the element that most fascinates me.

Bringing something from vision to reality is not only a matter of measurements.

This is particularly true when working, as Gaudi did, with natural or random materials. There will be a perceptible difference in something built by someone with sensitivity and visual awareness and another, just as competent, merely seeking to achieve the dimensions set out on paper.